I am currently working with the Smithsonian Cultural Rescue Initiative’s team of damage assessment interns, tasked with reaching out to cultural institutions that have been affected by natural disasters. As soon as our internships began in September, Hurricane Florence hit the coasts of North and South Carolina, and our outreach work began immediately. After procuring all of the necessary contact information for thousands of art galleries, museums, historical sites, and many other kinds of other cultural institutions that were in the hurricane’s path, we reached out with phone surveys to make a preliminary assessment of the damage that the responding institution had sustained. For the institutions that had sustained damage, and needed urgent assistance, we forwarded their survey responses and put them into contact with their respective local government and heritage organizations that could directly assist them. When Hurricane Michael hit Florida later in October, our experience in the previous month had helped us start outreach contacts in a far more organized and efficient manner.

While most of the institutions that we reached thankfully did not sustain serious damage, there were many that had sustained water damage to their facilities due to floods. Even over the phone, it was clear that these institution directors were personally weighted by the damage, and were always incredibly appreciative of our and the local governments’ assistance.

This experience has challenged a preconceived notion I held about heritage destruction — heritage destruction is not solely contingent on deliberate man-made acts such as terror or war, but is also prone to occur during natural disasters. Last year, when I interned with SCRI, I researched instances of cultural heritage destruction in North Africa, and almost all of them were a result of terrorism. After this year, I’ve seen that when it comes to the prevention of all instances of heritage destruction, it is imperative that natural-disaster stricken heritage is also protected with all available resources. For natural disasters, I’ve learned that the best course of action is preemptive protection, which requires considerable preparation. In North and South Carolina, many institutions that sustained damage had storage rooms where they could hold their collections for safekeeping — and is perhaps why most of the damage reported through our surveys were to the institutions’ facilities, instead of the collections. However, the damage to some institutions’ facilities had caused many of them to close their doors to the public in order to make repairs, and a few have still not reopened. But our surveys over the last few months have been instrumental in identifying exactly what resources were needed to assist with recovery across the states, and have provided local heritage organizations with vital specific details for planning recovery efforts and resources distribution to affected institutions. 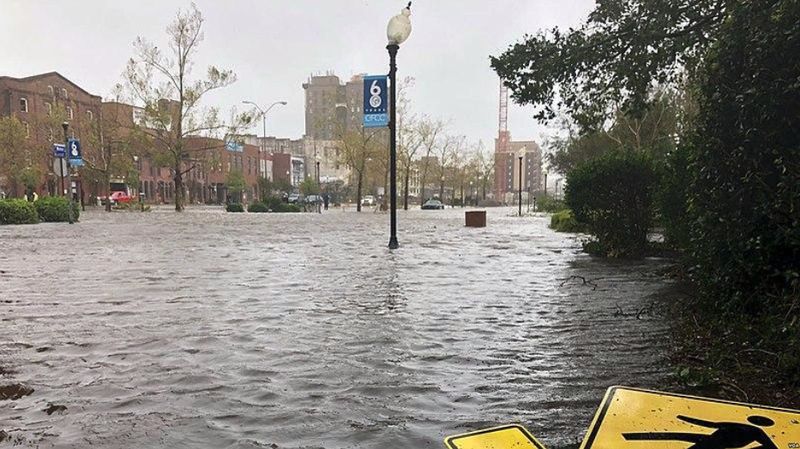