The Communities Behind the Numbers

The Communities Behind the Numbers

One of the things that I value the most about my internship with the Smithsonian Cultural Rescue Initiative is the opportunity to engage with a side of cultural politics that deals with protecting cultural institutions from the threats of natural disasters. At first, I didn’t understand the value of data collection, but as I started to become more invested in the cultural institutions I was researching, it became clear that the work I was doing was impacting communities. I felt this most strongly as I was cleaning data for Florida cultural institutions and came across the American Museum of the Cuban Diaspora in Miami. Because my mom’s side of the family is Cuban and many of them still live in Miami, I was instantly excited to research what the museum was doing for the Cuban community. This made me realize that each and every institution on that list is meaningful to a certain group of people, and has the ability to make their communities stronger and more united.

As Culture and Politics is my major, it is exciting to have the opportunity to explore how disaster relief and preparedness tie into cultural diplomacy. The institutions that we are collecting data for might not be world-renowned, but they are impactful in their communities and because of that, SCRI is contributing to ensuring that their significance is long-lasting and can be shared. This also allows them to educate others about their community who might never have had a chance to interact with them otherwise. Cultivating this cultural literacy is increasingly important in a world where technology is giving us the opportunity to interact with so many people of different backgrounds. Keeping in mind how appreciative I was to see that the American Museum of the Cuban Diaspora existed and was being monitored in case of disaster, I am so grateful to be a part of this process for many different communities in the U.S. 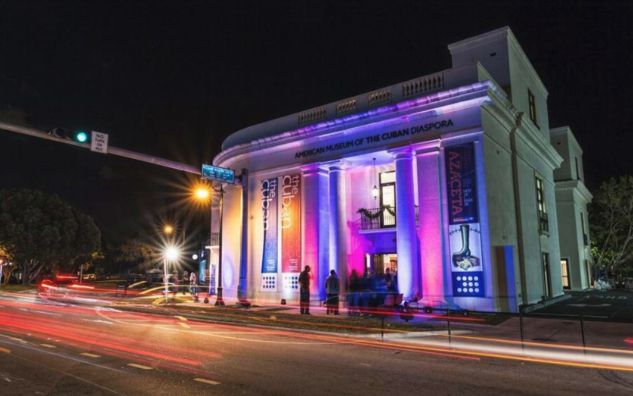 A picture of the American Museum of the Cuban Diaspora in Miami, colloquially known as “The Cuban.”
Source: https://thecuban.org/